I come from a country with mostly flat terrain, some hills and mountains, but not much, lots of lakes and forests, and as you probably guess not many stone buildings. There are some, but most old buildings are made of bricks. Yes, brick Gothic is there too. Even the huge crusaders' fortress, Malbork Castle, is made of 35 millions bricks. Brick Gothic has its own fascinating features, and Gothic bricks themselves can be fascinating, but as you probably also guess I like stone buildings too. Actually I am really fascinated by them: huge cathedral or tiny shepherd chalet, I am hooked.

So, the church of Notre Dame in Vals, Ariege in France (Pyrenees area) I find extremely interesting, this video lets you in.   Take a look at the humble Virgin statue, 1: 34. All it is element Earth in is glory, and very humble and simple at the same time.Gothic cathedrals have their beauty, but this one has own character, very Zen.

The Notre Dame church is Vals is Romanesque, partially build on the rock, (semi-cave church to be exact), has also very interesting frescoes, humble looking and with quite strong Byzantine influences, unusual in France, in addition to the only depiction of archangel Pantasaron, and depiction of scene after birth of Jesus.  Byzantine in appearance, as this is more often  found in Byzantine art, and also has strong Catalan influences, which is not so surprising given this is a neighbouring area to this region. The site was surveyed by archaeologists, and the conclusion is that there was human presence for thousands of years, even it must have been a cult site, at which point of the location  cannot be exactly said now, but the presence of ceramics used for religious purposes was there. But the site was at its peak during early Middle Ages, during the Merovingian times. I should write about the frescoes on another occasion, as they deserve attention on their own.


Those stone churches like the one in Vals, the rugged and humble ones are very much in harmony with the environment. Those rock formations, this time at Cote d'Azure area, in spite of being regular, are in perfect harmony with anything which surrounds them. I couldn't help myself to post this picture. They are simply a silent part of the environment, awe-inspiring. But when I was really young I couldn't warm up to this type of aesthetics, the vegetation was kind of too dried-up for me, I liked lush green seen in the North during the Summer. Now I am enthusiastic about it. But also take  a look at the cave monastery in France,  Beaucaire, abbey Saint-Roman, photo taken by G. Freihalter, (via wiki commons) you can zoom in very closely. 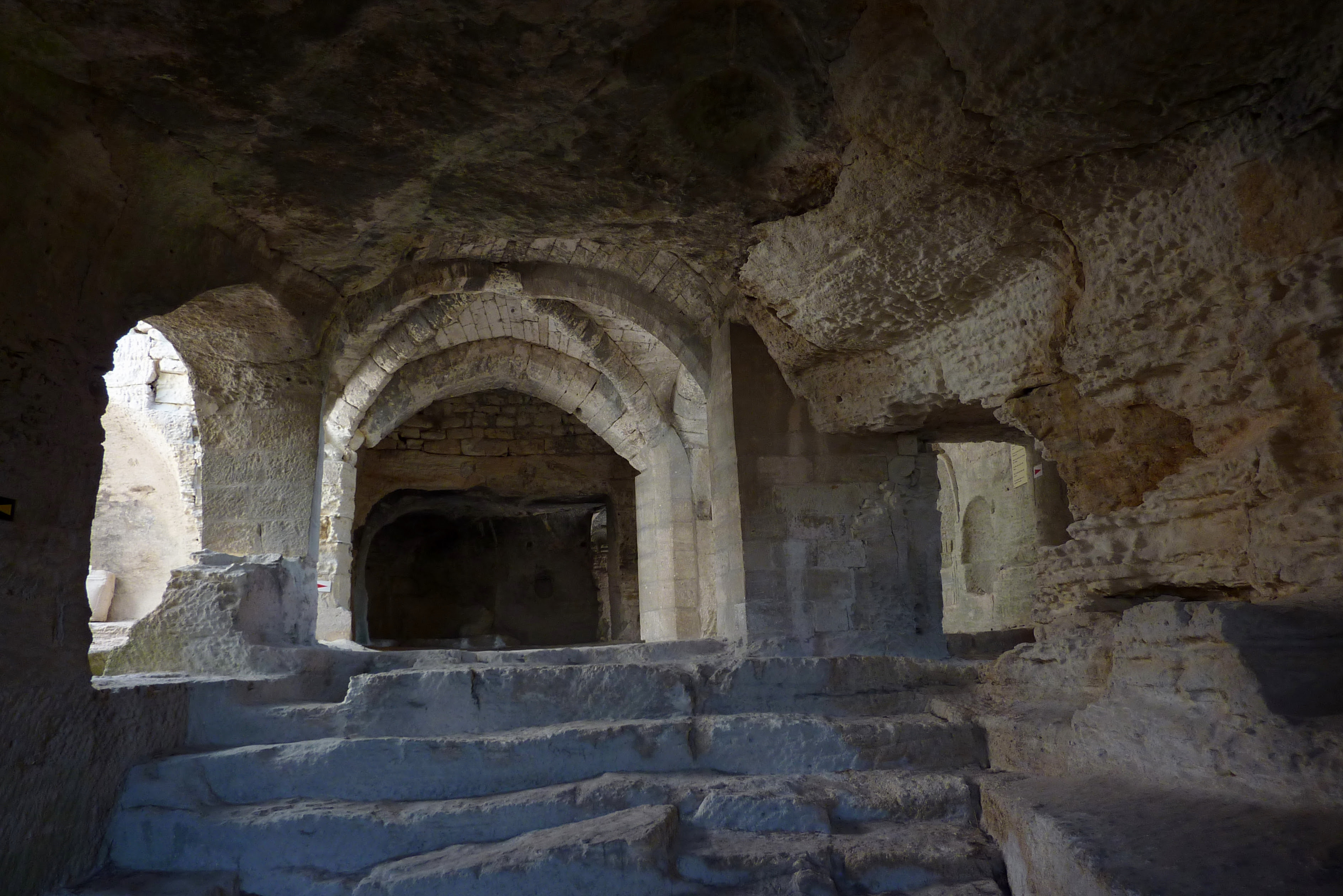 Cave churches or monasteries are rare, but there are still plenty for curious travelers.List of cave beauties on wikipedia

Quite a number of those is to be found in Bulgaria.And bellow is a picture from Bulgaria,  rock-hewn churches of Ivanovo, with Byzantine  frescoes.


And take a look at this photo of Todorka Mountain in Bulgaria. Makes me want to follow advice by my  Bulgarian expatriate friends and visit their home country. Sure, I would love to. Who can resist the lure of ancient art and architecture, and of such sundown  like this bellow on the magnificent mountain. But again, I need to postpone it again, even if at the momentI have what the Germans call Fernweh,  which means aching for the far away.
The mountian bellow is Todorka Peak, in Bulgaria, by Evgeni Dinev, via. wiki common.
Artlicle about this mountain mentions the legends too.


The author of the picture has more interesting photos of Bulgaria on Flickr, and his photo gallery there is great! Those pictures are my recent discovery on this media stream, and they make me think about maybe putting more links to Flickr albums by various photographers. Take a look at Evgeni Dinev's other awesome pictures.